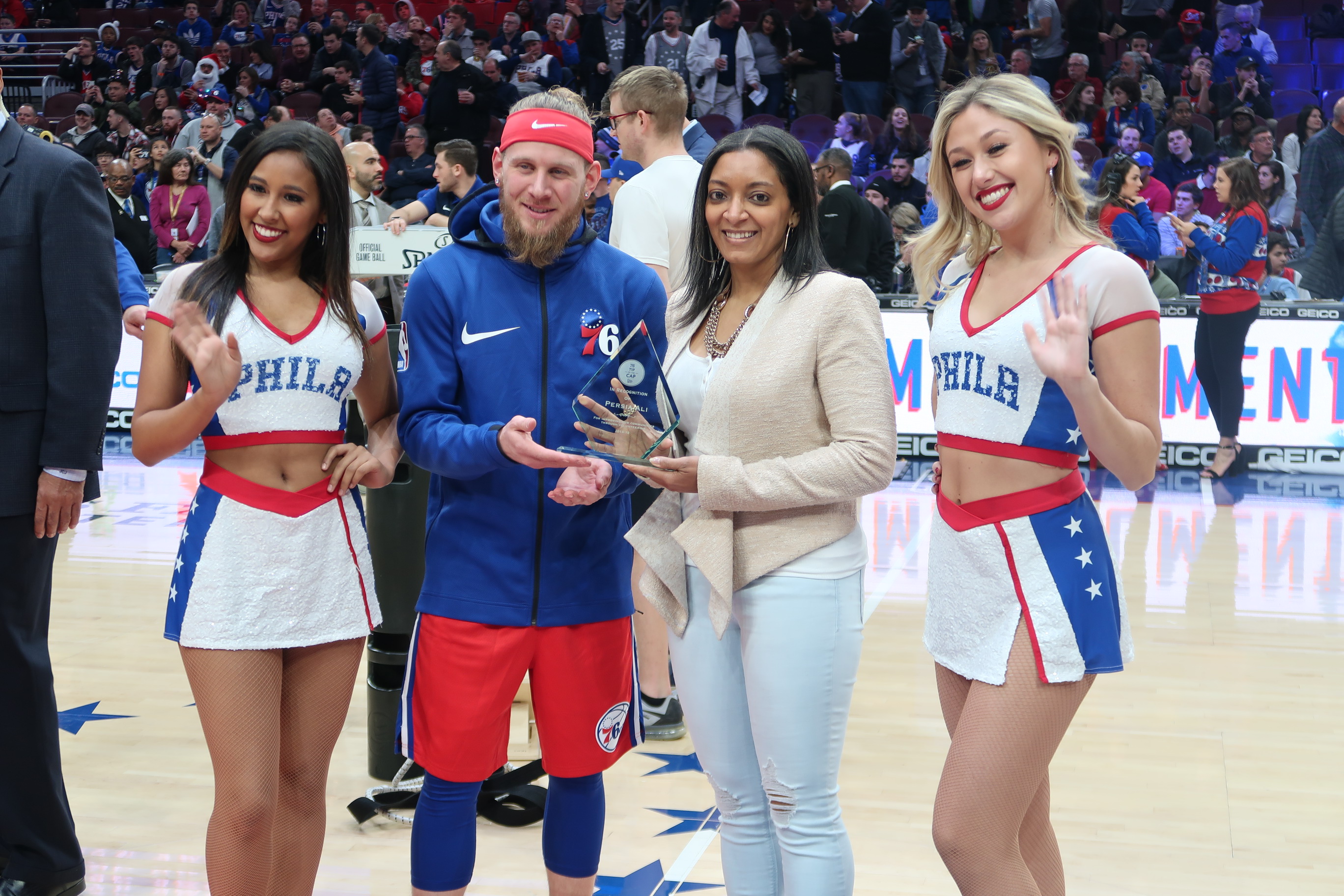 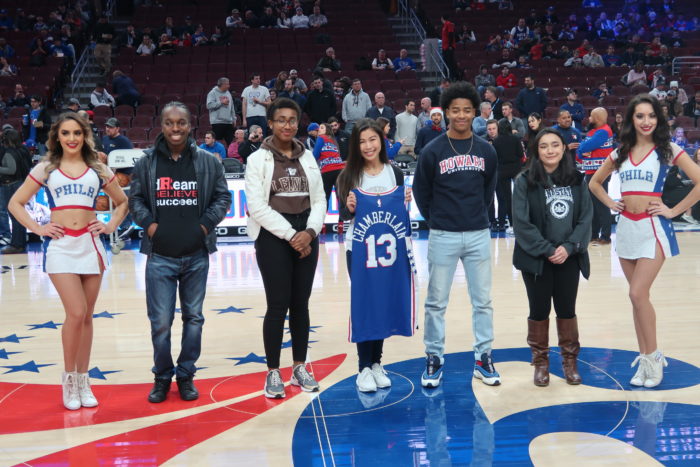 The 2018 class of Wilt Chamberlain Memorial Fund scholars came together on December 22 as they, the scholarship, and Wilt Chamberlain himself were all recognized during the Philadelphia 76ers home game vs. the Toronto Raptors.

Scholars from the class of 2018 were joined in being honored on this special night by Overbrook High School Special Education English Teacher, Persia Ali. She was honored on-court as part of the night’s New Era Tip of the Cap recognition. Ali has dedicated her life to helping her students both inside and outside of the classroom.

In 2019, the Wilt Chamberlain Memorial Fund will make available renewable scholarships of up to $5,000 per year for current high school seniors who plan to attend community college, vocational school, or a four-year university in the fall of 2019.

To learn more about the scholarship, or to apply, visit wiltfund.org.