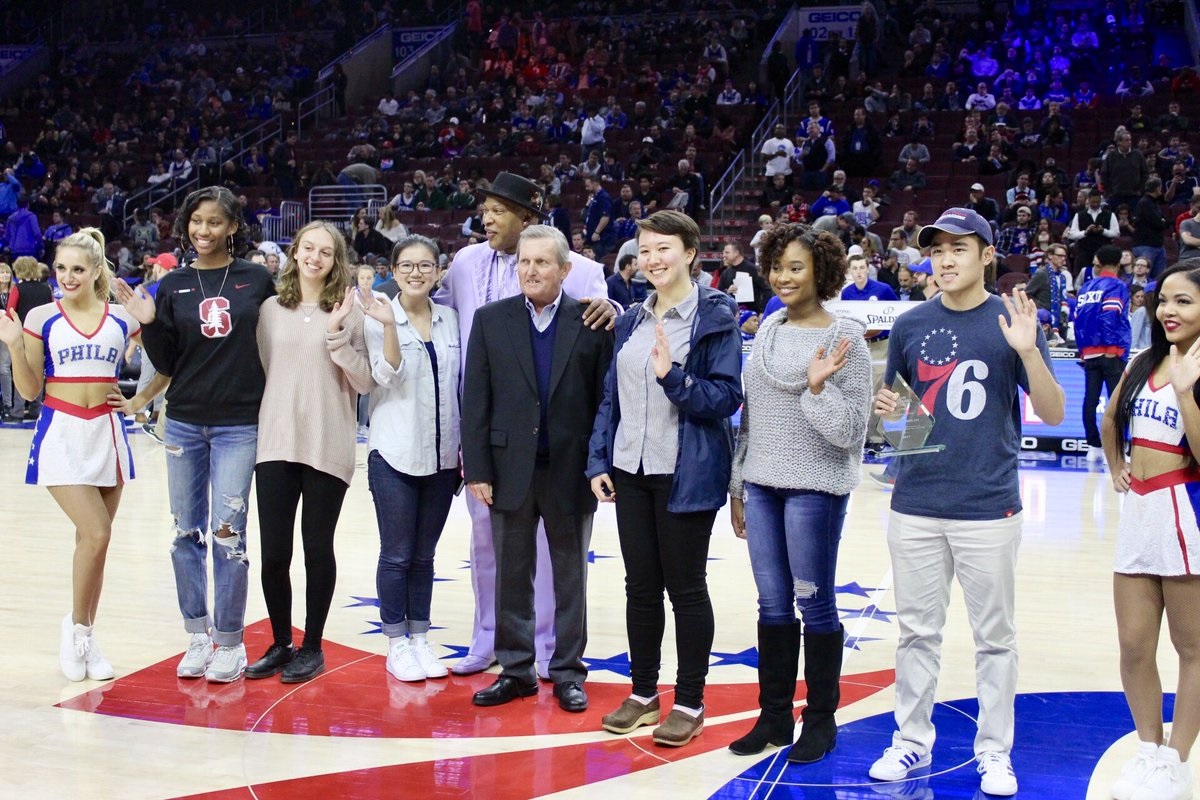 The 2017 class of Wilt Chamberlain Memorial Fund scholars came together on December 19 as they, the scholarship, and Wilt Chamberlain himself were all recognized during the Philadelphia 76ers home game.

During a special on-court halftime celebration, six of the classâ€™ eight scholars accepted the nightâ€™s Game Changer Award on behalf of the scholarshipâ€™s namesake and Philadelphia 76ers legend Wilt Chamberlain. Prior to the game, the scholars were treated to a pre-game reception that featured guest speakers Sonny Hill, as well as scholarship committee member, Gloria Miller. It was here that the scholars were also granted the opportunity to meet their 76ers mentors for the first time in person.

The 2017 scholars are all currently freshman at higher education institutions such as the University of Pennsylvania and Temple University in Philadelphia, as well as Columbia University, Stanford University, and Ursinus College.

Scholars from the class of 2017 were not the only Wilt Chamberlain Memorial Fund scholars honored on this special night. 2014 Wilt Fund scholarÂ Navya GeorgeÂ was also honored on-court as part of the nightâ€™s New Era Tip of the Cap recognition. George is currently enrolled at the University of the Sciences in Philadelphia, PA where she is studying Biomedical Sciences on a Pre-Medical Track.

In 2018, the Wilt Chamberlain Memorial Fund will make available renewable scholarships of up to $5,000 per year for current high school seniors who plan to attend community college, vocational school, or a four-year university in the fall of 2018.

To learn more about the scholarship, or to apply, visitÂ wiltfund.org.